Honda’s biggest fun 125, the MSX,  gets renamed as the Grom for 2021. It’s a bike that has always been easy to use, heaps of fun while still being incredibly easy to use. This is a bike that was inspired by the iconic, small-wheeled Monkey bike. Since it was launched in 2013 it’s been a massive success establishing itself as a firm favourite, whether used for simple urban transport or as a heavily customised style statement by its target market. Now it’s time for a new MSX125. Or, to give it its new official European name, a new MSX125 Grom. Fully refreshed, it’s still Honda’s little machine with big dreams.

The machine has been treated to a set of completely redesigned bodywork. Interestingly, it’s also easily removed ready for an owner’s creativity to get to work. Practicalities include having an updated LCD dash which now includes a rev-counter and gear position indicator. From a driving perspective there is now an extra fifth gear. While the chassis remains the same it still offers the same small-bike dimensions with big-bike suspension, braking and handling qualities. In short, it’s brilliant! That big bike finish continues with USD forks and LED lighting and a full LCD dash. 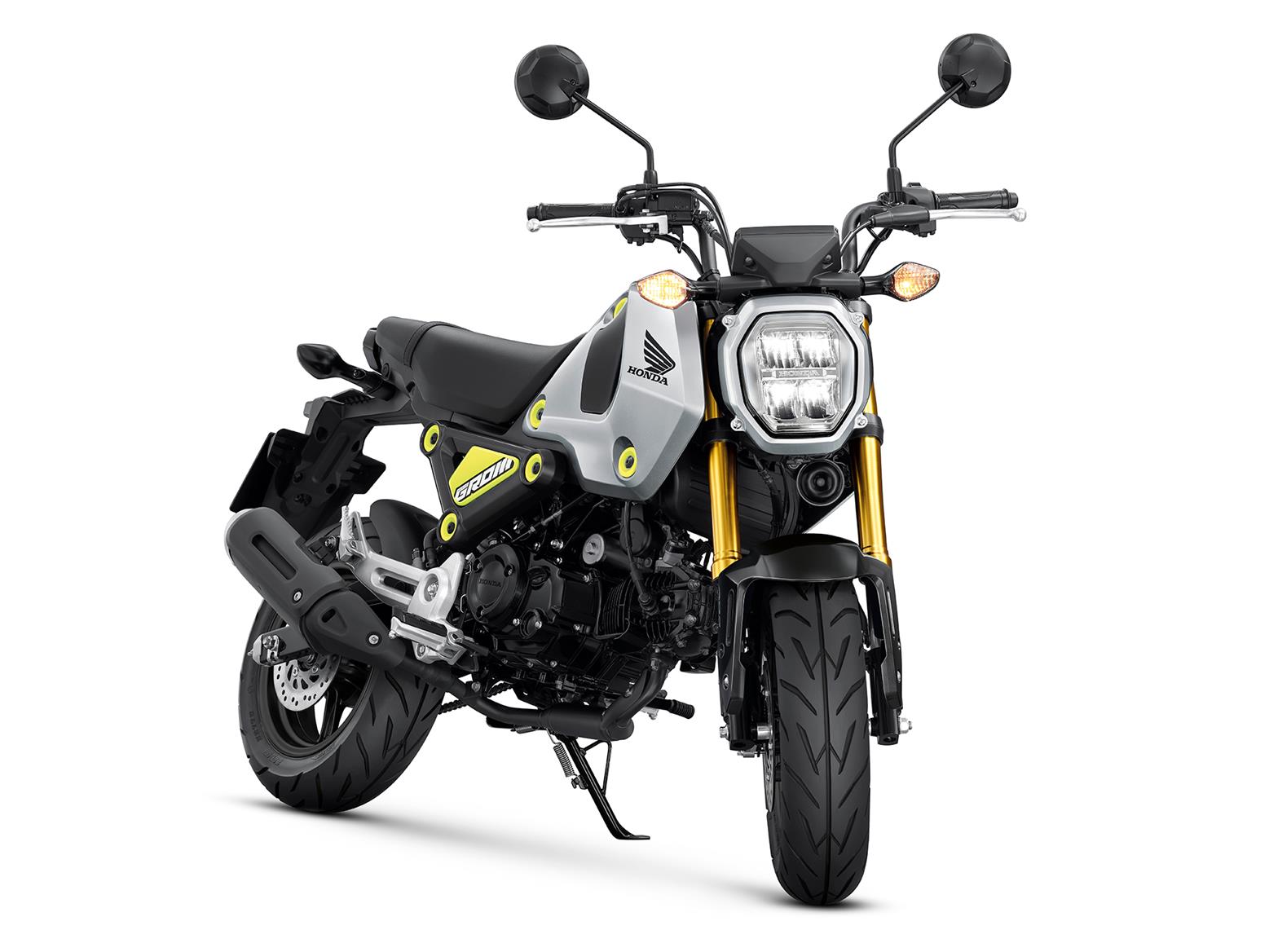 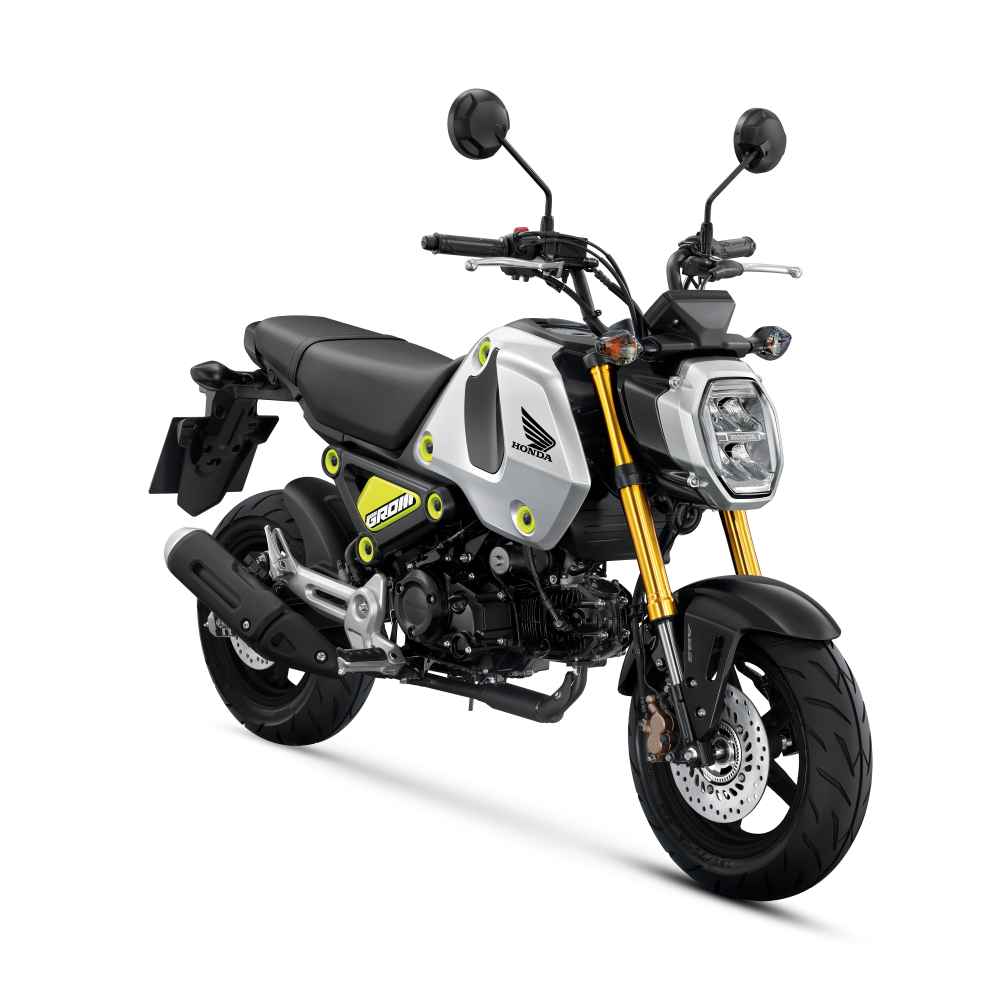