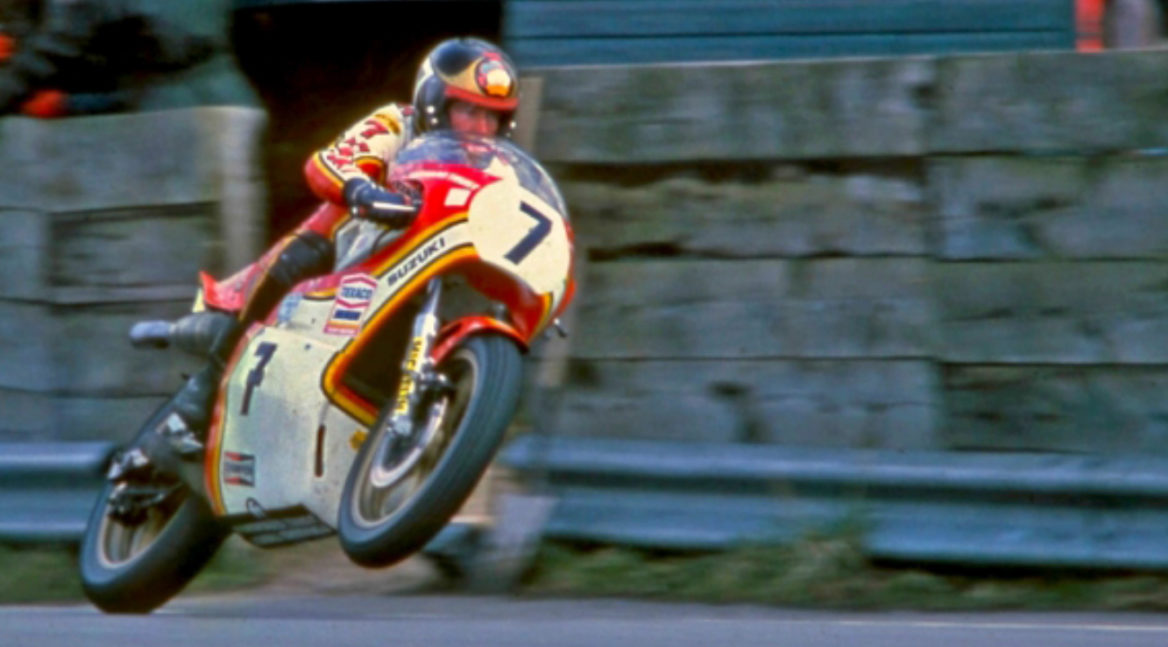 See Barry Sheene’s Legendary 1979 and 1984 Suzuki Race Bikes along with a genuine set of his leathers and helmet on the Suzuki Ireland stand D12 in the Main Hall. 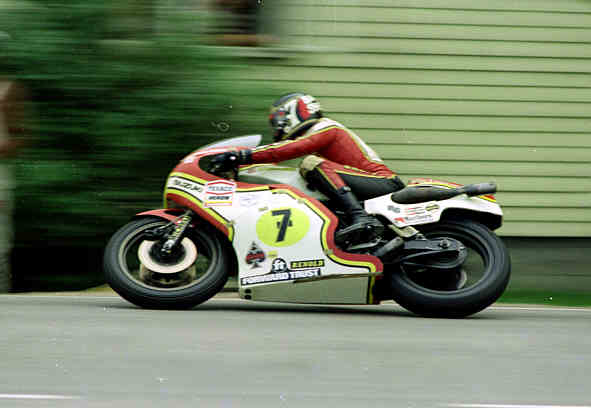 Barry Sheene’s Suzuki 500 holds the record for the fastest motorcycle GP race ever.

On July 3, 1977 Sheene averaged 217.37 km/h to win the Belgian GP at Spa-Francorchamps, compared with fastest MotoGP race averages of around 175km/h. 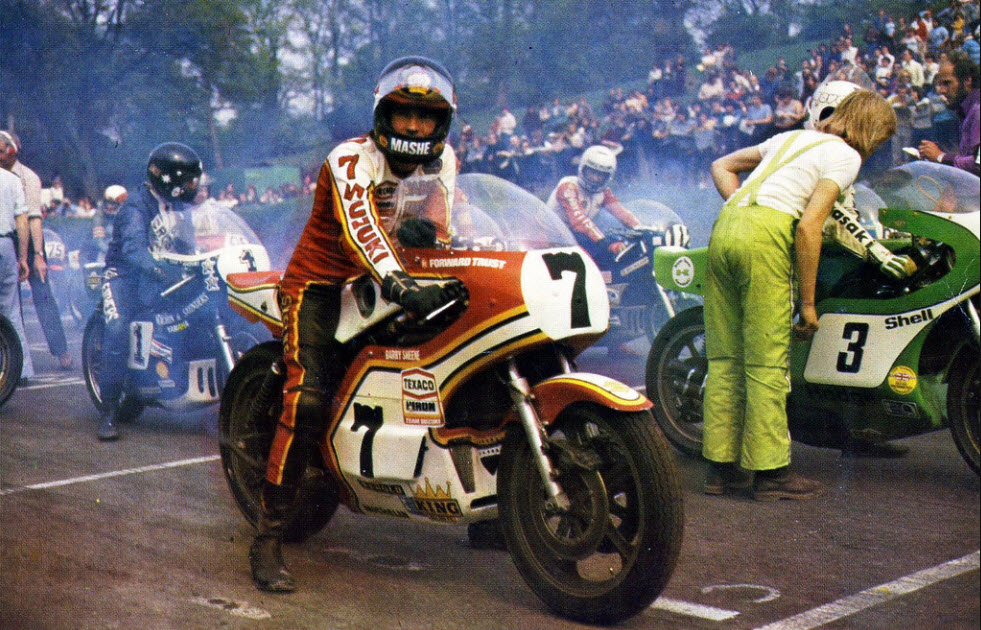 Its rotary disc-valve engine had four separate crankshafts, geared together. Gear breakages were a hazard for Sheene and Jack Findlay in ’74.

Even the infamous 175mph crash at Daytona in March 1975 couldn’t stop Sheene. In late June 1975 he beat Giacomo Agostini (Yamaha) in a photo finish at Assen. Sheene won again in Sweden.

Agostini won the 1975 championship, but now a reliable Suzuki and a fit Sheene posed a clear threat for ’76.