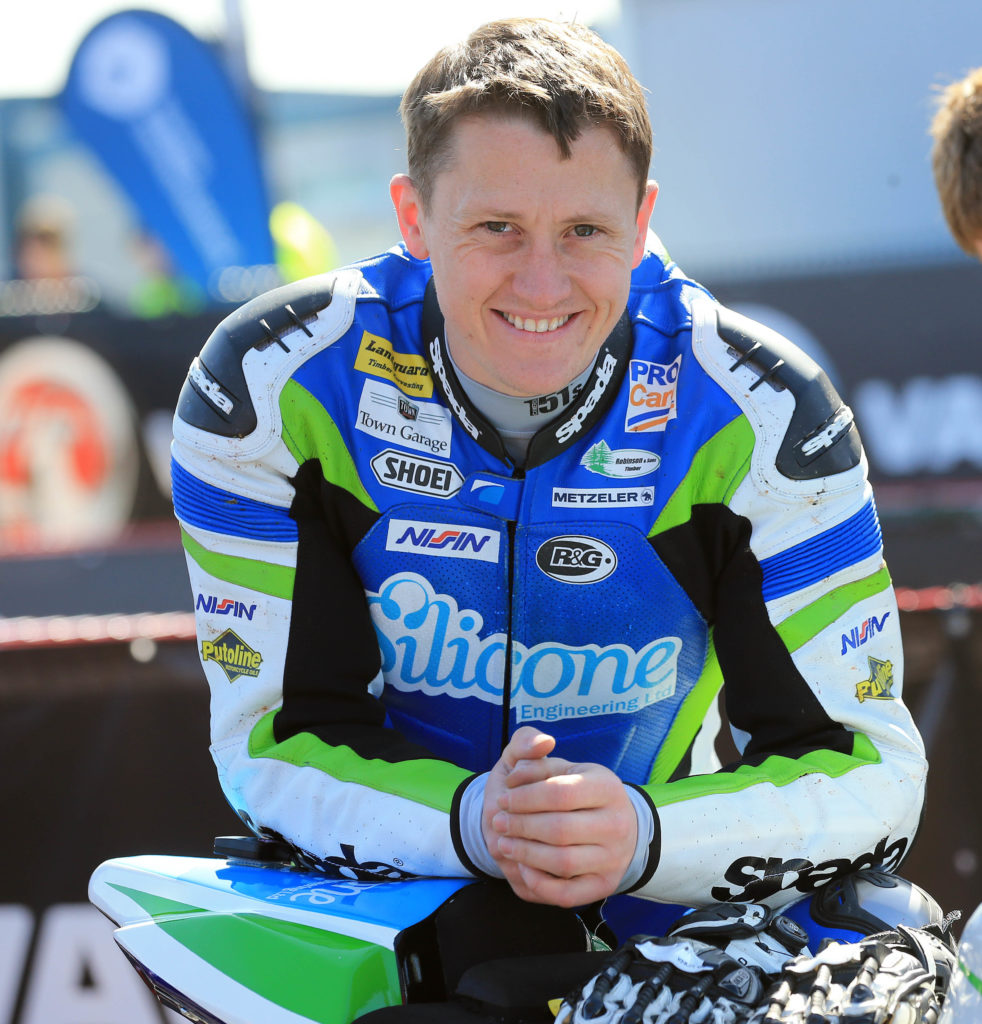 PACEMAKER, BELFAST, 17/5/2018: Dean Harrison on the grid during the second 2018 Vauxhall International North West 200 on Thursday.
PICTURE BY STEPHEN DAVISON

Dean has just celebrated his 30th birthday plus become a father for the second time.

Dean made his NW200 debut in 2011 but has still to win a race at the north coast event. He has won two TTs.

He cut his road racing teeth at Scarborough and around the Irish National tracks like Armoy and Dunmanway before competing at the international events.

The Silicone Kawasaki rider is tipped for major success this season after a series of impressive performances at the NW200, Ulster GP and TT last season.

The Bradford racer set the TT on fire last year as he became the first man to break through the 134mph barrier in the Superbike TT and just lost out to Peter Hickman by two seconds in the Senior race.