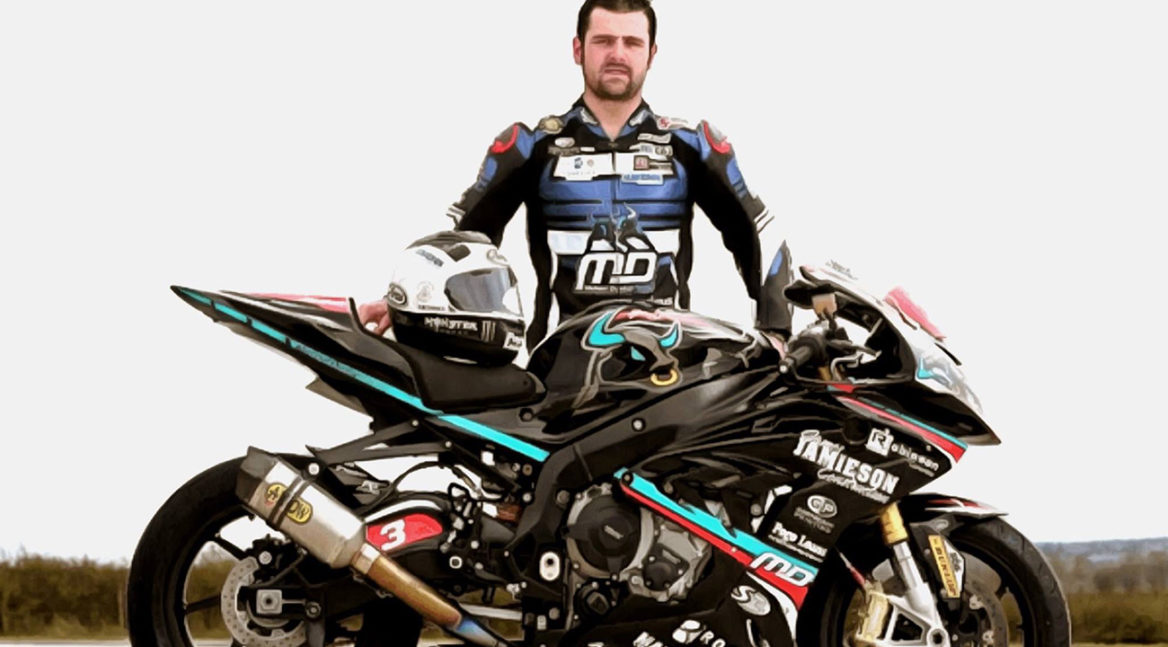 Michael Dunlop will open the Carole Nash Irish Motorbike & Scooter Show, RDS on Friday 1st March. He will be available at the Show for autographs and will be interviewed on the Show Stage during the day.

Fan favourite Michael Dunlop will return to the Isle of Man TT Races with Tyco BMW in association with TAS Racing.

Michael added three more wins to his tally at TT 2018, riding a combination of Tyco machinery and his own MD Racing bikes, to take him to third place on the all-time winners board behind legends John McGuinness and Joey Dunlop.

At 29 years old Michael is perfectly placed to continue adding victories on the 37.73 mile Course and, not content with one win in the Superbike class at TT 2018, he has his eye firmly on the silverware for this year’s event: “We grabbed a Superbike TT win last year, which was a good start and the goal this year will be to go after both Superbike and Senior TT wins.”

Consistency is often seen as the key to the winning formula at the Isle of Man TT Races and Team Manager Phillip Neill says he had a multi-year approach in mind at the start of their relationship with Michael: “It was always our plan to continue with Michael, however, it was important we took some time… to consider the best way to approach 2019.”

Although the team and rider are remaining the same, one element of the mix will be changing as BMW introduce the new S1000RR.

Michael confirmed he was expecting to test the new superbike shortly, adding “With the added improvements to the package and a second season with the same team, we should be in a good place to go after both the big wins on the Island.”

With details of the rest of the season’s race schedule yet to be announced by Tyco BMW the Isle of Man TT looks like being the focus of both Michael and the team’s year. With the huge leap forward in record times at TT 2018, particularly from Peter Hickman and Dean Harrison in the Senior TT, the confirmation of Michael’s plans for the year makes an already thrilling line-up even more exciting for TT fans.