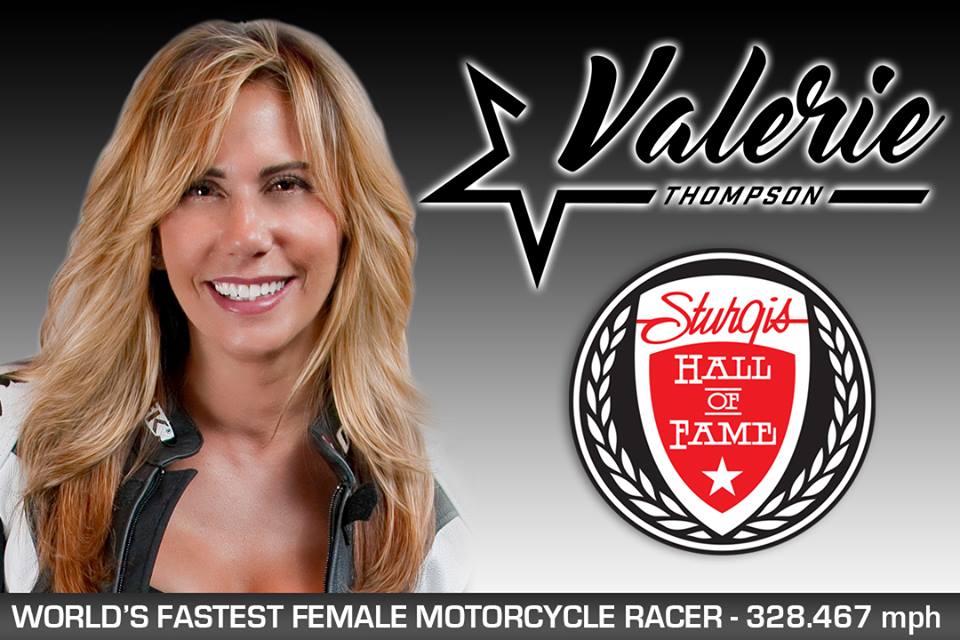 Thompson stunned the racing world at the 2016 Bonneville Motorcycle Speed Trials with a speed of 304.263 mph (489.663 km/h) piloting the Team “7” Streamliner. On only her fifth run in a streamlined motorcycle, Thompson became the first driver in a two-wheeled vehicle over 300 mph. Earlier this year, Thompson set a new land speed record of 328.467 mph (528.616 km/h) during the DRLA Speed Week competition at Lake Gairdner Australia where she also survived a horrific 363 mph crash during the World Speed Trials.

Thompson holds eight land speed records on a variety of bikes ranging from Harley-Davidsons to BMWs to Streamliners with a personal best top speed of 328.467 mph (528.616 km/h). She is a member of seven-land speed racing 200 MPH Clubs and one 300 MPH Club. Valerie is the only woman in history to compete for the world’s fastest motorcycle title. 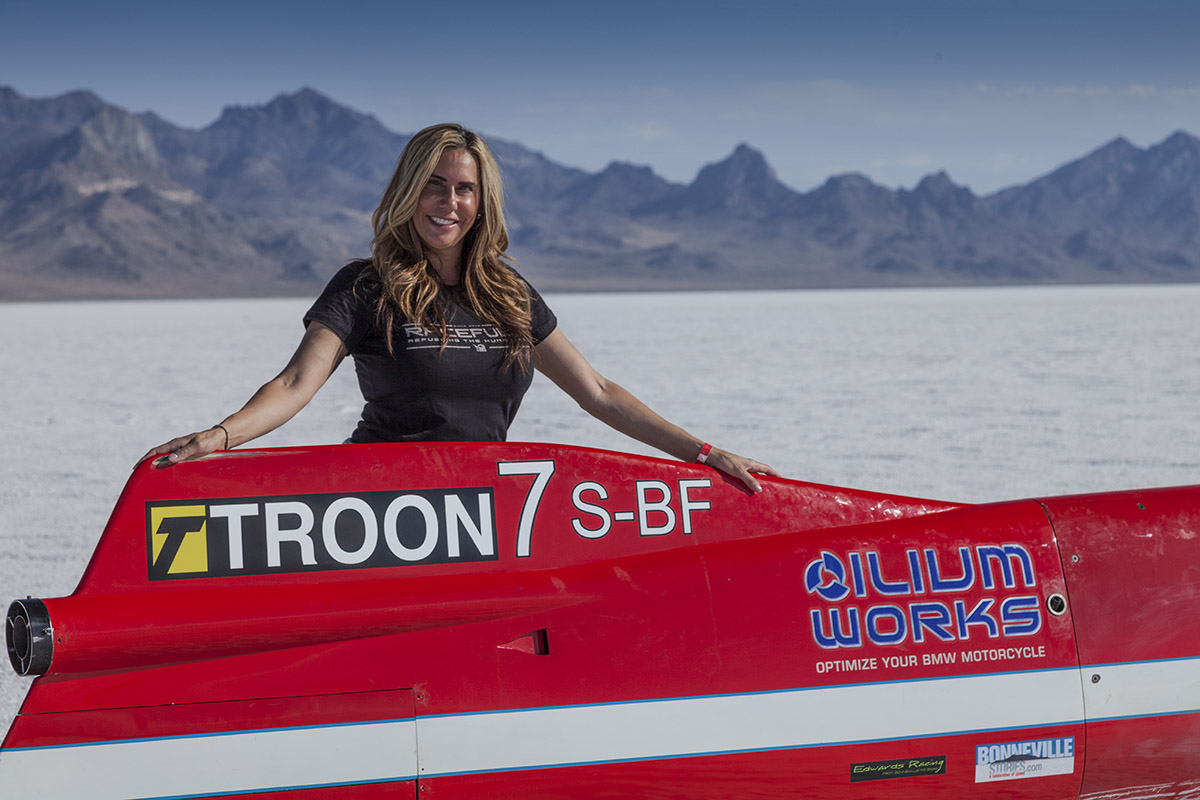