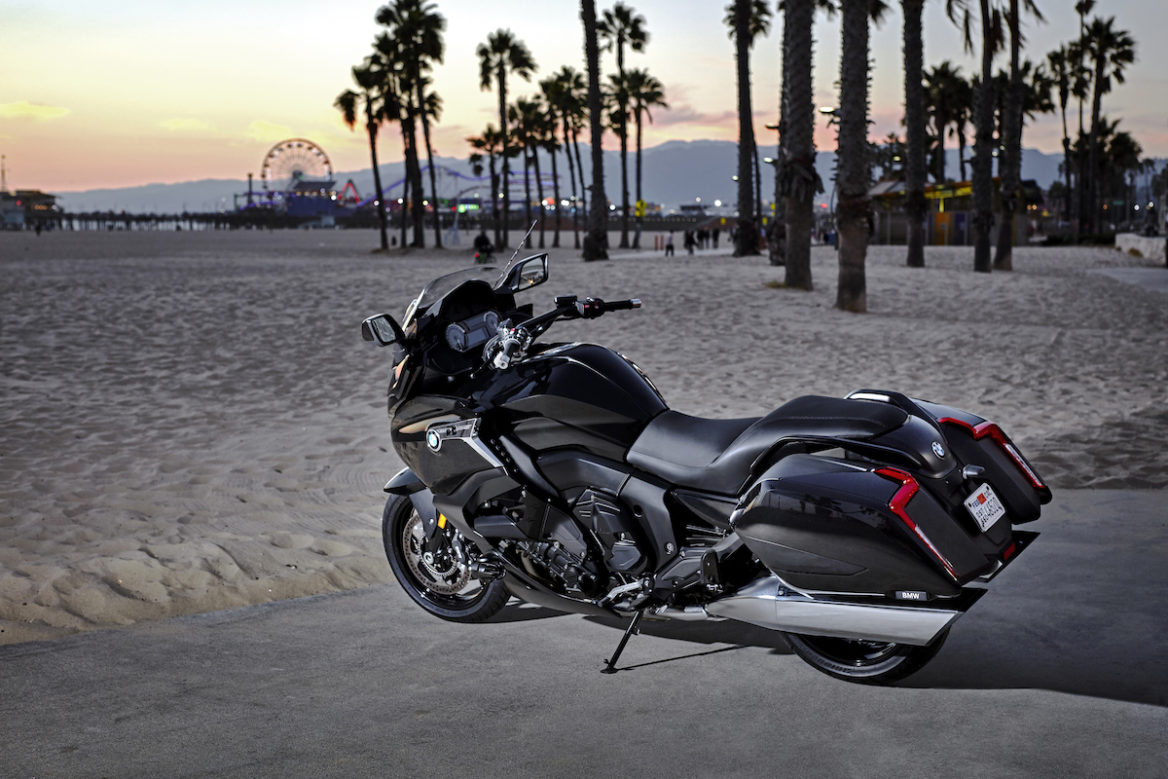 A European take on the Bagger

The K1600 engine and platform has been put to work in another model and the ‘Bagger’ looks big! The chassis is no larger than the original GT but the lack of top box married to the tapered panniers and the low screen give it the impression of being wider and longer than it actually is.

The K1200B, to give it its official badged title, has all we have come to expect from BMW when it comes to distance tourers. The original bagger was a term used to describe a bike, usually American, that had been modified to carry only the rider and their possessions. It was inevitably stripped down to the bare essentials and was ready to be ridden out of town at short notice!

BMWs Bagger has no truck with such gibberish and features everything that one would expect from the German manufacturer. The six cylinder engine is still as fantastic as it ever was and it produces tonnes of power in both the brake horsepower and torque stakes. 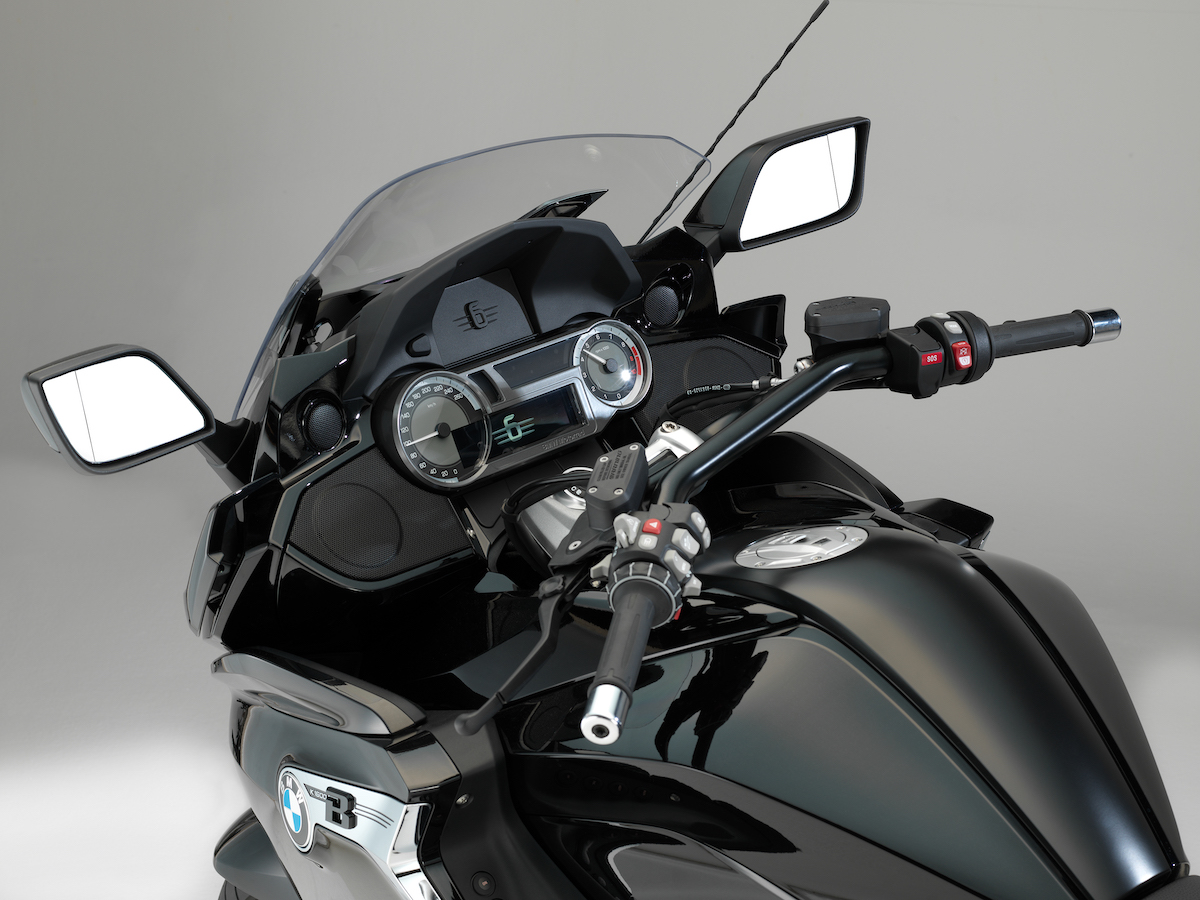 The chopped windscreen has a handlebar-mounted motor to lift it. It does offer quite good cover at motorway speeds even to my six-foot frame. The tubular handlebars are taller and curve back to the rider. They offer a much more comfortable riding position than anything that I would have presumed at first glance.

Details such as the integrated indicators and the cooler than cool stop and tail lights perfect the bikes future retro look. It’s powered by that straight six that produces 175 Nm of torque as well as 160 ponies. This is no ordinary bagger in the traditional sense in either the power it produces or the standard it’s finished to.

The bike has a full selection of BMW electronics including mode settings for fuel and suspension as well as a stereo system that can be married to a phone or simply play the radio. The ignition is keyless, you simply need the fob on your person to fire the bike up. Heated grips and the heated seats are controllable from the ‘wheel’ on the left bar with a range all the way from warm all the way up to downright toasty.

The reverse assistant ensures effortless maneuvering into the perfect parking spot every single time so the bike is always ready to ride away and looks at its best. The pillion seat has its own independent heating switch and the rider has the option of using a set of forward mounted footboards. We found the latter worked particularly well when used on the motorway with the cruise control activated. 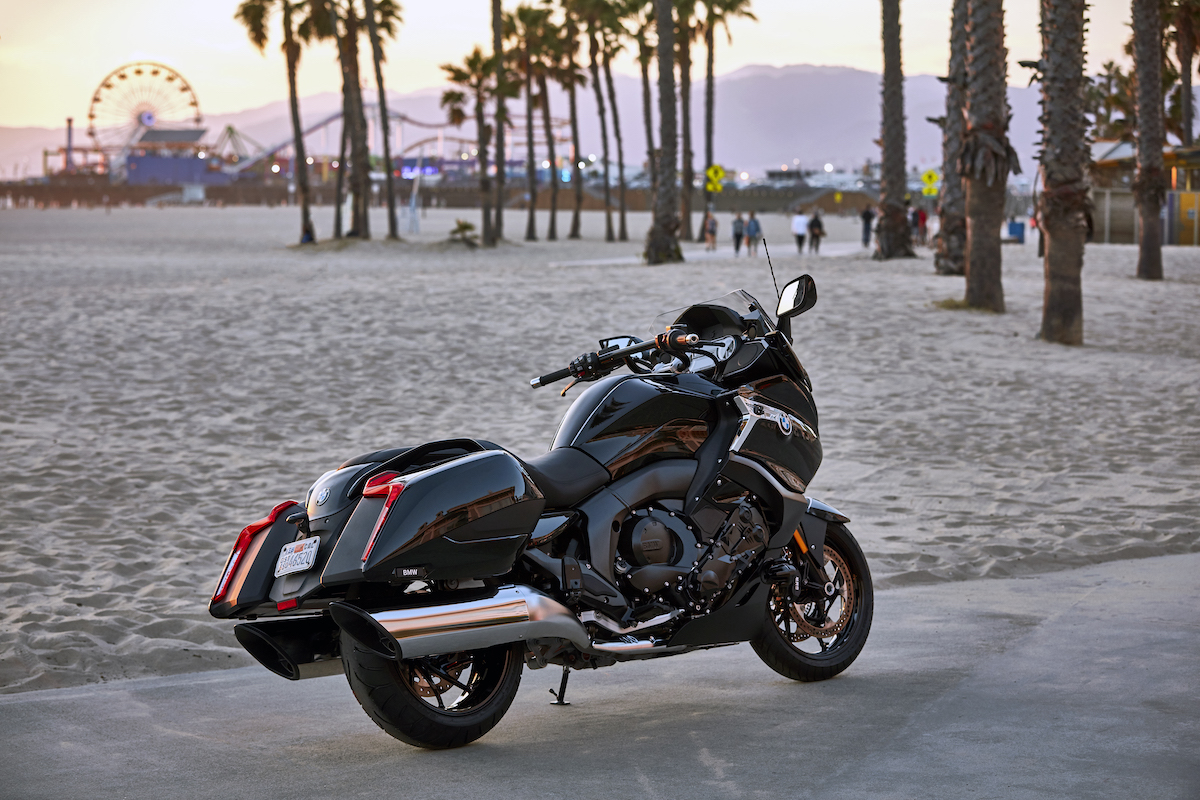 As darkness descended and the country retreat was still many miles away I was grateful for the auxiliary spot lights which did a very good job of making the bike look a lot bigger than it is and encouraged slower moving traffic back into the appropriate lane. Meanwhile the adaptive headlight does a great job of following where the bike is leaning towards.

The main stand makes loading the ample panniers a study in ease and simplicity and once closed up the bike can be locked up with the application of the central locking button from the remote control.