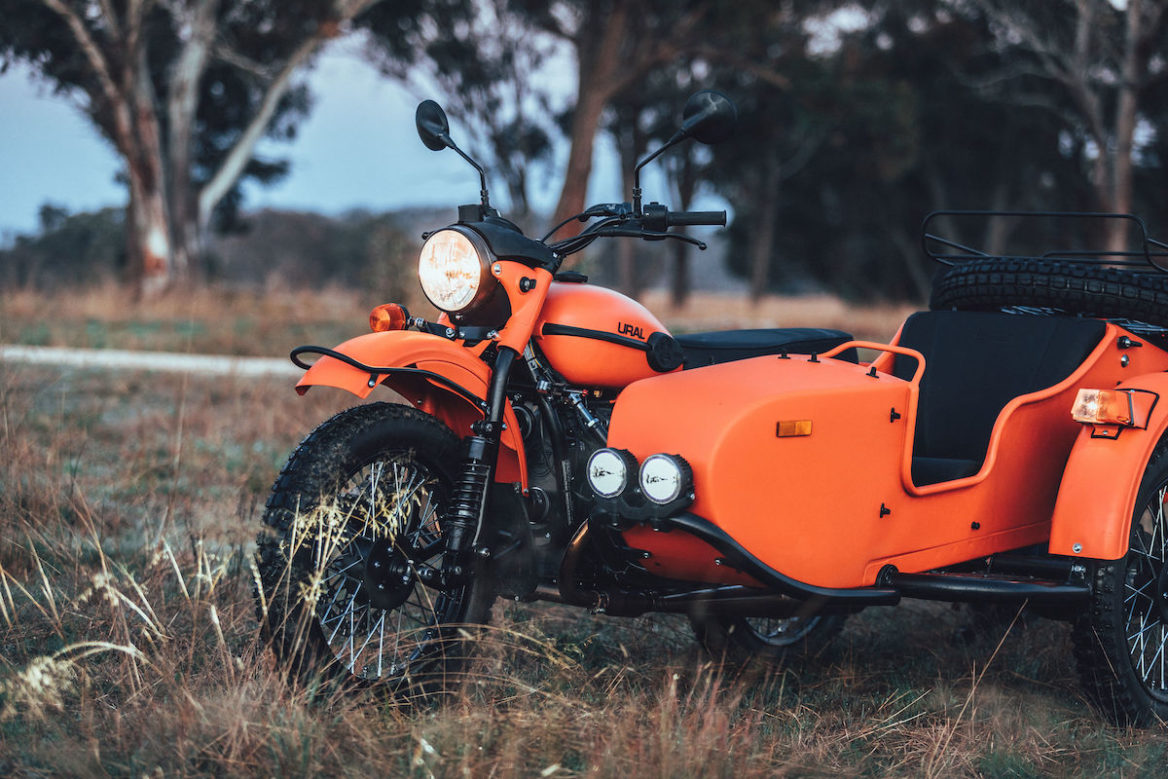 Some of us here at the Irish Motorcycle and Scooter Show misspent our younger years racing motorcycles and at least one of us misspent them racing sidecars so we were delighted to hear that Ural are coming back to Ireland. Ural is a Russian company that was founded way back in the early days of World War Two. The bike was based on BMWs R71 and the sidecar was made so well that it could be ridden pretty much anywhere. 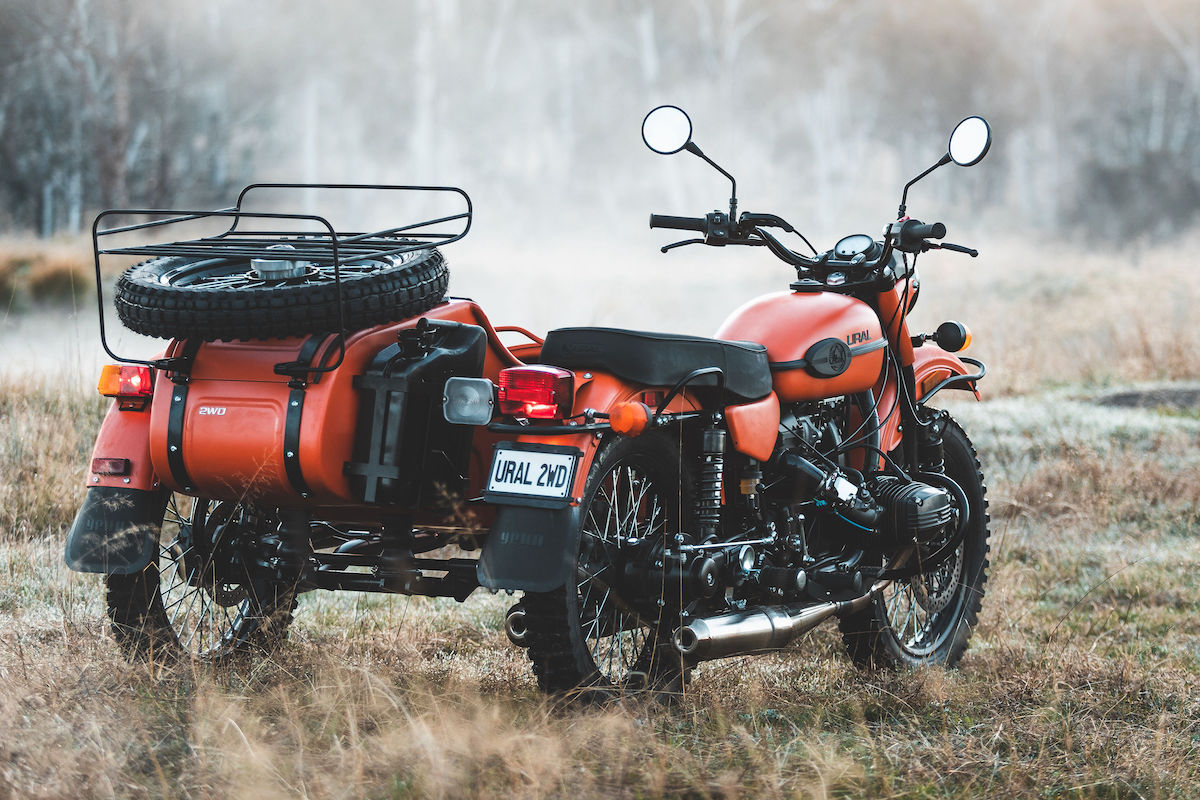 A staggering 3.2 million bikes later the company still makes almost indestructible sidecar outfits that are powered by a simple flat-twin 750cc motor in the bike. Best of all, they are still entirely made in Russia. The popularity of the sidecar may have waned since back in the day. All that, however, is about to change.

The company has recently launched a manually selectable two-wheel drive on a left-hand sidecar. This makes it perfect to use in Ireland. They have done this because they recently achieved Euro5 certification. This, in turn, has helped create the conditions to allow them to focus on long-established left-hand traffic markets such as our own and the former Europeans next door.

The machine comes with accessories such as a spare wheel, a sidecar front bumper, a pair of LED sidecar fog lights as well as a decent-sized luggage rack. There is a Tonneau cover for the ‘car and there is even a jerry can as well as a folding utility shovel included in the package. The sidecar is even equipped with a power outlet for charging your phone. 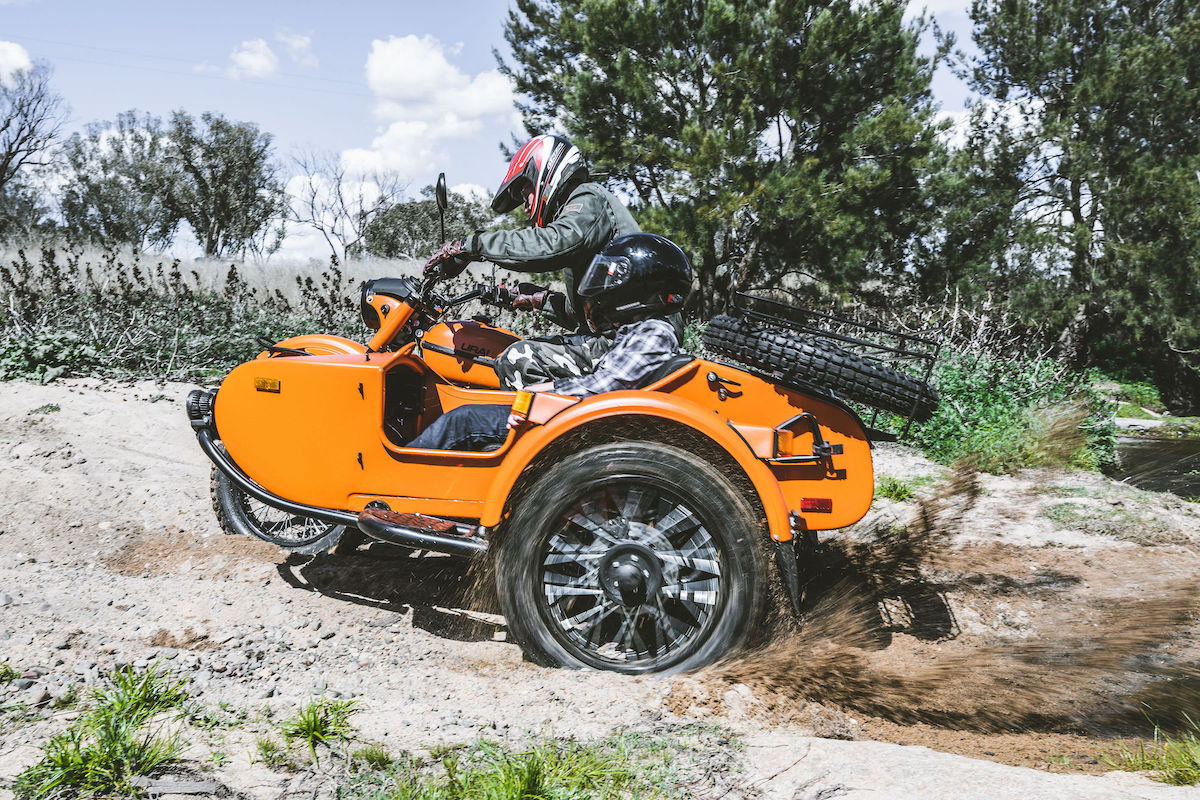 The two-wheel drive system is selected manually and engages instantaneously. If you should encounter a loose or slippery surface simply shift the lever to the 2WD setting and motor blissfully on.

The really great news is that they are now available to buy and ride here in Ireland. The team here at Overlanders are stocking them since the start of the new year. If you’d like to find out more including prices and delivery times give David or Gary a call at the shop on 053 942 2415 and get involved in what promises to be a whole new adventure.