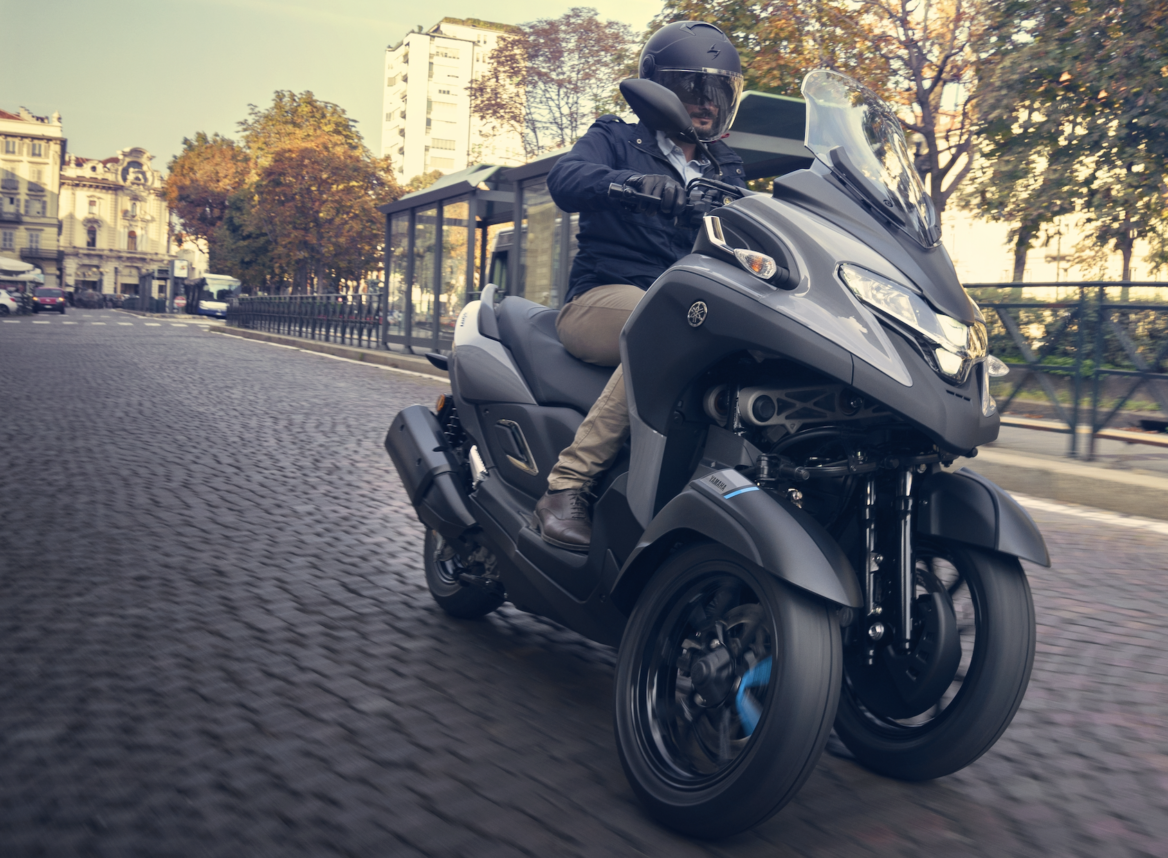 Yamaha has been supplying us with some of the best urban mobility solutions for many years at this stage. Now with their new Tricity 300 they bring us a bike that can be ridden on a car license. If you’re suffering the daily commute on four wheels, but can’t stand the idea of doing all the training then this is the solution to all your problems! The bike is powered by a quiet, economical, and powerful 300cc BLUE CORE four-stroke engine. This is a modern take on the simple single but surrounded by a load of new tech that makes it one of the cleanest and quietest engines in its class. 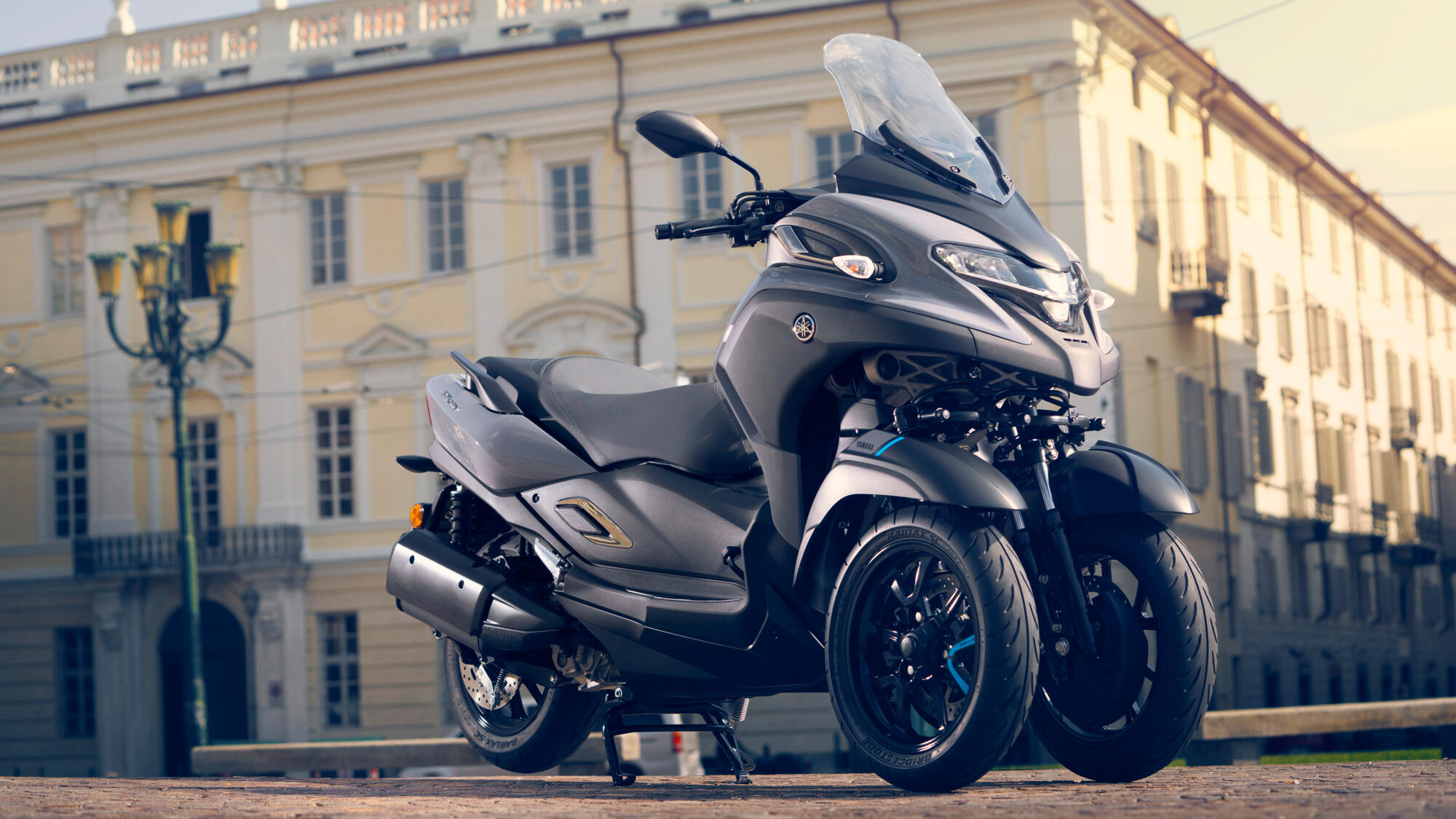 Interestingly, this is a machine that can be run on either a car or motorcycle license. It’s Standing Assist System allows the rider to hold it at the traffic lights without putting their foot or, worse still, both feet on the ground. The machine simply holds itself upright. In order to do this, it’s also one of the lightest bikes in its class. Well done Yamaha!

The Tricity accelerates away from the same lights briskly, those of us who have experienced the horror of riding a 50cc moped through the streets of Dublin have nothing to fear here! The latest offering from Yamaha continues to impress us with large storage space under the seat as well space to fit a top box. The machine also has some really nice features such as the LCD instruments that reflect the all-around high-quality finish on the machine. 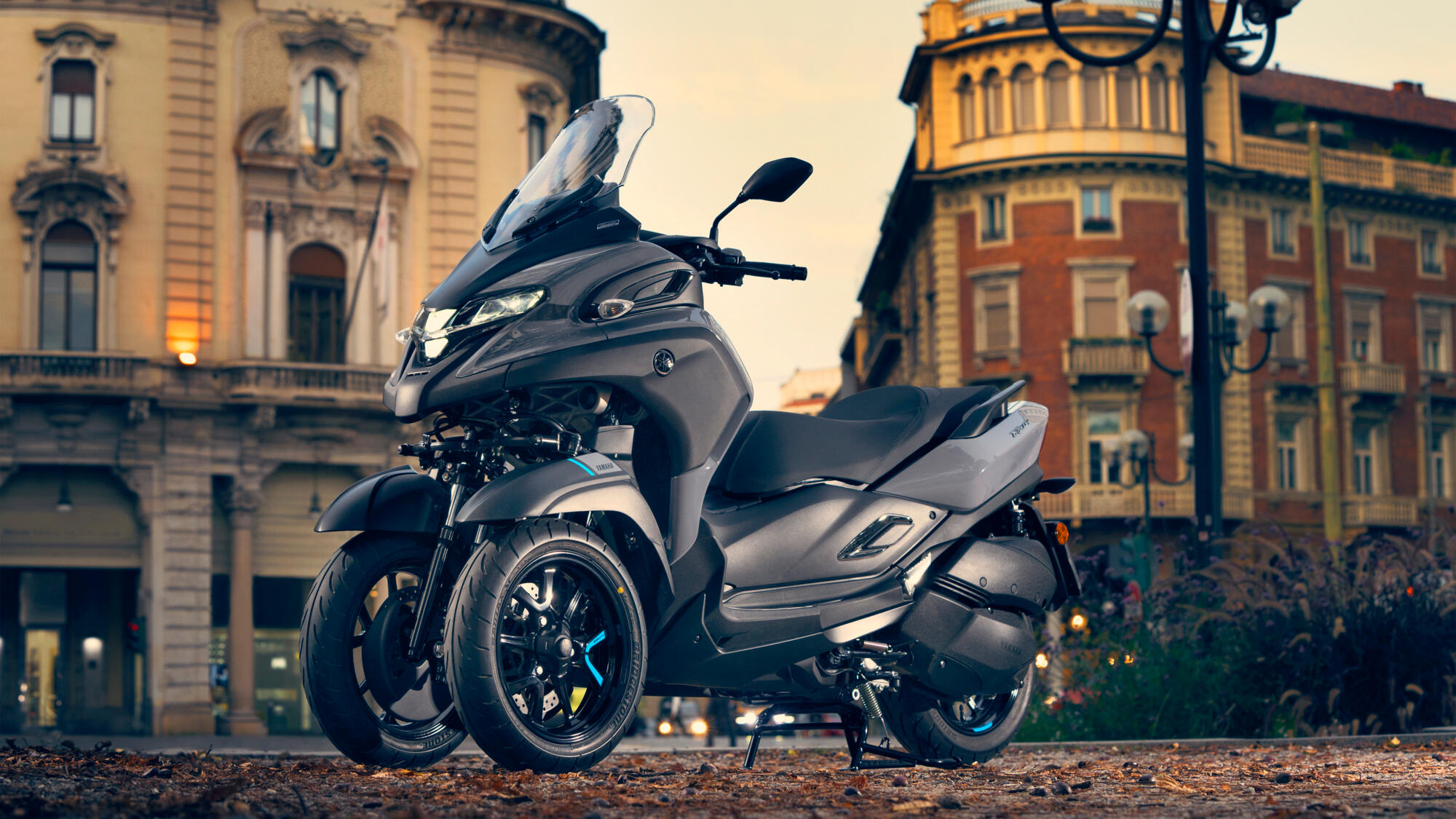 While it does have three wheels and a wider profile than most commuters the front wheels are still close enough together to filter through Dublin traffic and the brakes are sharp enough to haul it up in a short time when someone one of our car driving brethren has had enough of the traffic and does something they’re not supposed to!

The new Tricity is available from dealers nationwide and costs €8,499. You know you deserve better than a car!